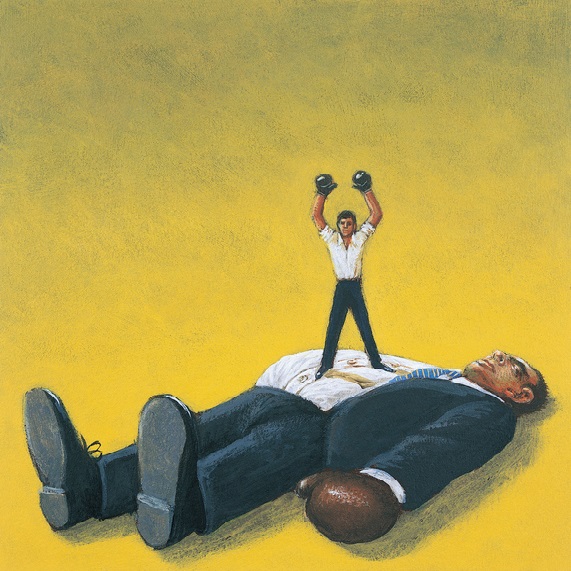 Another Small Business Saturday has come and gone. If it has passed you by this time then why not plan to get involved next year? Small Business Saturday has been running in the UK since 2013. It is a non-commercial campaign that aims to highlight the success of small businesses and encourages consumers to support small businesses in their communities.

As well they should - and probably do! The thing is that small business now contribute over £1.8 trillion a year to the economy and provide 60% of jobs in the private sector. Small businesses are critical to the future of our economy, especially with the debate over the timing and firmness seemingly set to continue for some considerable time!

Small businesses are doing a wonderful job of harnessing innovation and entrepreneurialism in these uncertain times. At Fair Business Loans we recognise, admire and respect this and are proud to support so many small business loans to London and now beyond. In the run up to Small Business Saturday we were therefore eager to see what provisions for small businesses would be made in Chancellor Philip Hammond’s first autumn statement. Whilst there were some positive measures, we were are also painfully aware of some of the key issues facing small businesses had not been addressed fully, if at all. Here are our top three winners and losers from the autumn statement:

Claiming that a “business-led recovery” is at the heart of their plans, Hammond announced that it is still planned for corporation tax to fall to 17%, the business rates reduction package will be implemented, and the rural rate relief will remain at up to 100%. He also announced that by the end of the parliament the tax free personal allowance will rise to £12,500, and the higher rate threshold to £50,000, and that these personal allowances will rise at least in line with inflation from that point.

The Chancellor announced further investment of £400 million in the British Business Bank, to enable a total investment of £1 billion. The aim of this is to give UK startups a greater opportunity to grow their own way without having to be bought out by larger organisations. This is an area particularly close to our heart at Fair Business Loans, and the reason we are passionate about providing business loans to London and UK small businesses.

Though not exclusively aimed at small businesses, the investment pledges that Hammond made on improving the infrastructure of the country will be of tremendous benefit to them. These include:

Whilst the above measures will all help small businesses, not everything in the garden is rosy. Here are three of the things that disappointed us about the autumn statement:

This is a huge issue for small businesses who - according to BACS - are owed £26 billion in unpaid invoices. Much of this is due to late payment, with the average time for payment being 72 days. In 2008, The Prompt Payment Code was introduced that aimed to ensure big firms pay their smaller suppliers on time, but it is a voluntary scheme and only 1,318 large firms have signed up. To really combat this situation and support entrepreneurship, the government needs to introduce legislation.

One of the promises that the government has been made is to appoint a Small Business Commissioner to:

Much consultation has taken place but no-one has yet been appointed. This is now expected to happen in 2017. The limbo situation is summed up nicely by Dafydd Llewellyn, managing director at the financial data company, Concur:

“To ensure that small and medium sized enterprises remain the powerhouse of the economy, someone must be finally appointed into the role of Small Business Commissioner. That such a role exists but has yet to be filled is continuously worrying. At a time when small enterprises are highly vulnerable to late payments by larger organisations and as a hard Brexit approaches, support and guidance are top of small business’ wishlists.”

Hammond confirmed that the living wage would be increased from £7.20 to £7.50 as from April 2017. Whilst this is good news for employees in terms of setting expectations as to what employers should be paying their staff, it could mean that some businesses find the pay rises unaffordable, resulting in redundancies and cuts. In this respect, legislation that is introduced to protect employees may actually have detrimental result. What perhaps has not been understood by the government is that it is not only some families that are JAMs - Just About Managing - but many small businesses too. Businesses that passionately want to do right by their employees but also are teetering on the brink of going under and seemingly small increases in expenditure could push them over the edge.

So, there are both winners and losers in Philip Hammond’s first autumn statement. At Fair Business Loans we welcome the measure that will support small businesses, yet share the frustration of small business owners for those other measures that are either difficult or lacking. We will continue to play our part in supporting small businesses and helping them grow, including providing business loans to London and UK businesses, where we are able to do so.